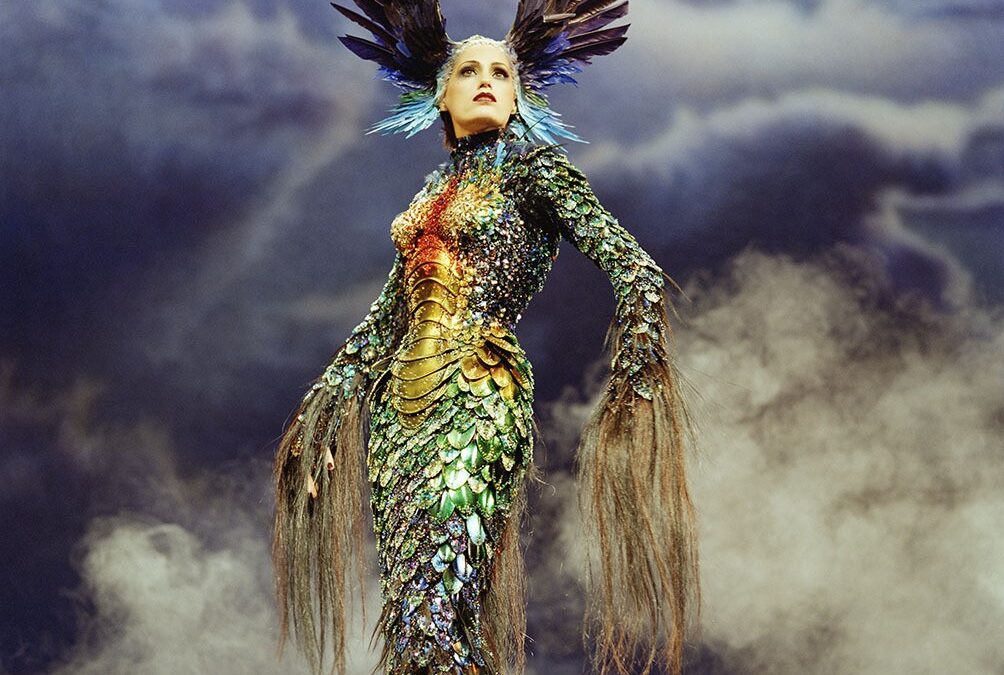 In the 1970s, Mugler defined trends with his acclaimed “glamazon” chic. In the 1980s and ’90s, Mugler galvanized the renaissance of haute couture through his provocative collections and theatrical fashion shows, during the heyday of the supermodel. Celebrities continue to be drawn to Mugler’s designs: his classic gowns have recently been worn by Beyoncé, Cardi B, and Kim Kardashian.