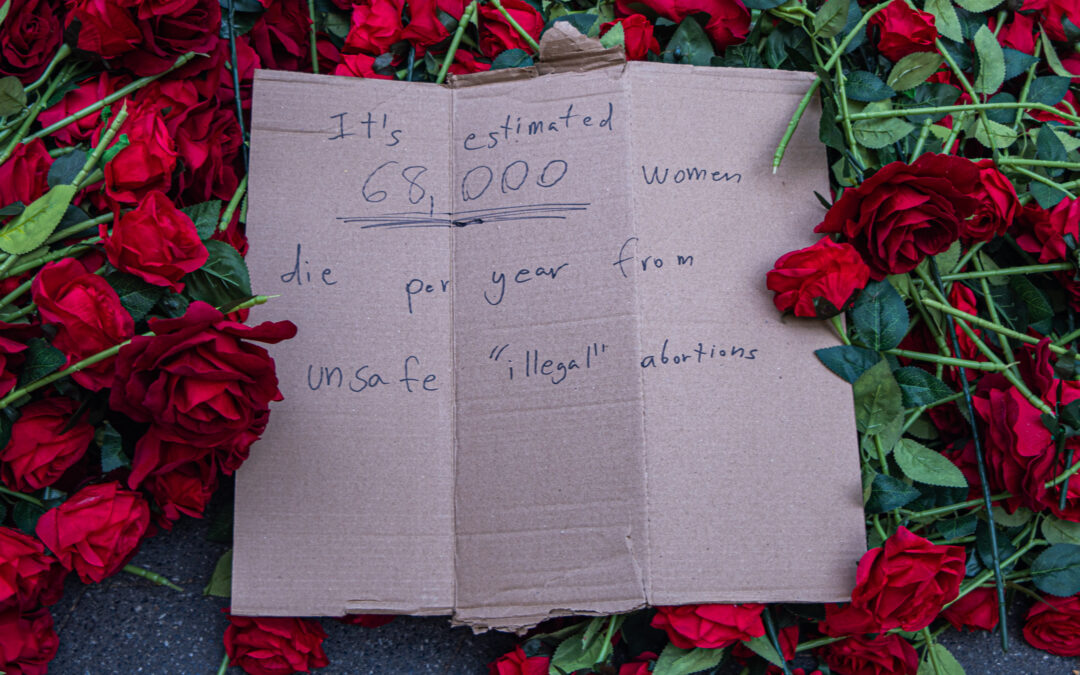 On the morning of June 24, Americans woke up to the news that the Supreme Court ruled people no longer had a constitutional right to an abortion, overturning the ruling of the landmark Roe v. Wade decision. In the wake of the groundbreaking decision made in the Dobbs v. Jackson Women’s Health Organization case, abortion rights groups got to work knowing they had a long road ahead to ensure a future that allows accessible abortion to all. One of these groups is the National Abortion Federation (NAF), which acts as a professional association of abortion providers and a membership organization representing abortion clinics, clinic staff, individual physicians, and students in the United States, Canada, Mexico City, and Colombia.

Established in 1977, NAF provides security to abortion clinics that even before the Supreme Court’s ruling often faced anti-abortion violence or threatening action. NAF’s Chief Program Officer, Melissa Fowler explained that the organization provides clinics resources to handle targeted incidents. “We provide 24/7 emergency response when someone has some kind of incident or when they’re targeted by anti-abortion groups, which unfortunately happens all the time. We’re able to go out and send a team to do an assessment of the clinic so they [NAF Members] look at the physical space and make recommendations on security measures and protocols and equipment that people might need.” Fowler added, “We’re able to do trainings for clinic staff on security, so everything from how to handle suspicious mail or threatening phone calls to what to do if someone tries to invade the clinic, which is another thing that we see happen all the time.”

With ongoing violence against abortion clinics, NAF is dedicated to informing the public about the trends of these incidents by releasing annual reports of violence and disruption statistics. In addition, NAF runs the largest national toll-free hotline that the organization founded in the 1970s to help people find safe abortion clinics. Over the years, NAF has used the hotline to navigate state abortion laws and travel options to get an abortion, especially in light of stricter abortion laws being passed by state legislatures. Fowler explained, “We answer questions about the procedure and dispel myths that people have seen on the internet that people think are going to happen. We talk to people about their options, and then we’re also able to provide financial assistance toward their procedure costs, and for travel.”

In order to cater to patients who live in a state with strict abortion laws, NAF has set up state-specific hotlines. For instance, Fowler explained that NAF set up a dedicated call line for Texas patients when the state legislature passed Senate Bill 8 last September, which bans abortion after the detection of fetal cardiac activity. “We were able to have a team of dedicated staff that were just working with Texas patients. We were able to help a lot of people get in the clinic really quickly and get care if they could. Then for those who could not [get care], and who could travel we were able to help them with resources to travel to another state.” As of now, NAF travel coordinators are able to book flights for patients, provide gas cards to help cover their gas expenses, and give patients gift cards to food delivery services to help provide meals while traveling.

The need for these travel services has dramatically increased in light of the passage of stricter state abortion legislation and the overturning of Roe. More limited access to abortion has caused clinics in neighboring states to be overwhelmed with patients. In the case of patients in Texas, Fowler said, “Most people went to the surrounding states first: Louisiana, New Mexico. As those clinics filled up, it kind of create a ripple effect where those clinics filled up, and then patients in Oklahoma, who live in Oklahoma couldn’t go to their local clinic because they had a month wait so they traveled to Kansas or Arkansas.”

Prior to the Dobbs decision, receiving an abortion was more difficult in some states than others. However, Fowler mentioned these restrictions will only increase in states with more restrictions after the decision. “Even when Roe was in place, it was always hard for people to get abortions, especially in some states. There were always people who couldn’t access the care they needed because of all the barriers in place, funding restrictions and all of that, but we’re just going to see that at such a larger scale.”

More concerning, Fowler emphasized the overturning of the Roe decision will not prevent people from getting an abortion, rather it will bar those from accessing safe abortions where the procedure is illegal. “We know that banning abortion doesn’t stop abortion from happening. We’ve seen that around the world in countries that have banned abortion that doesn’t end abortion that usually ends safe abortion. Unfortunately, what we’ll see is that people won’t have the full options available to make the decision that’s right for them and it can be harder for people who want to or need to access an in-clinic abortion” she said.

With the onset of the June 24 decision, abortion has already become illegal in several states and is expected to be banned in others soon forcing existing clinics in these states to close. This has caused abortion care providers to consider relocating to other states in order to continue their work. In order to help abortion care providers with the difficult task of finding work, NAF has set up a job-seeking service project. The project allows providers to register to help match them with clinic openings based on where they might want to work or where they could be licensed. Fowler noted that this project has seen a dramatic surge in the number of people registering within the last six months, with the anticipation of clinics closing, needing to travel to provide care, or potentially relocating.

Now, more so than ever, NAF is prioritizing disseminating information about abortion care resources and combating disinformation about abortion options. The organization has focused its concern on crisis pregnancy centers, or fake clinics that try to market themselves as abortion clinics to dissuade people from choosing abortion. In post-Roe America, NAF aims to educate people in states where abortion is restricted on their options in order to further help combat false information surrounding the procedure.

Another way the organization aims to help educate the public is by sharing the stories of patients and abortion providers. Fowler emphasized that it is mind-opening when people hear about those whose lives have been affected by abortion bans. “When you hear people whose lives have been affected, who have lost access to the health care they need because of these restrictions, it can be very powerful and it can change people’s minds. People can understand why some of these restrictions are really terrible when they hear what they actually do on the ground and what they will do for their friends, their neighbors, and their community.”

With the future of abortion in the United States looking grim, NAF has a long road ahead to fight for the right to choose. However, Fowler stated abortion providers are prepared and ambitious to fight for abortion rights. “This is not it’s not necessarily a new fight, but it is going to be a long fight… Abortion providers are very resilient. Unfortunately, they’ve had to overcome so many obstacles to providing health care. In many ways we were made for this fight, we were prepared for it, it doesn’t make it any less sad, it doesn’t make it better. We are trying collectively to help people no matter where they live, access the safe abortion care they need.”