IN NEW YORK, art isn’t limited to the galleries and theaters; it overflows into the streets, draping itself across the city’s skyline. Architects, artists, social organizations, and New York’s many public agencies each play a hand in building the immersive installations that speak towards some of today’s most pressing topics. New York-born architect and artist Gustavo Bonevardi is recognized for his many public projects exploring the impact local and global crises have on our population, and in New York today he is perhaps best known, along with creative partner John Bennett and lighting designer Paul Marantz, as among the artists behind Tribute in Light, an annual light projection commemorating the anniversary of 9/11. Today managed by the 9/11 Memorial & Museum, Tribute in Light was conceived with the support of the Municipal Art Society as two beacons echoing the Twin Towers as they defined New York City’s skyline. Though the two light beams don’t represent the actual size of the towers, which were each an acre in size, the gap between the beams and the net acreage the installation occupies is approximate to the size of the towers. “What we’ve settled on is to create not the buildings themselves, but the void between those,” Bonevardi notes, emphasizing “this tension between these two vibrating pillars.” With the beacons of light reminiscing what the Twin Towers represented, Bonevardi adds that, “to my mind, it always seemed like the World Trade Center towers were sort of like a gateway, like a door to the city,” symbolizing open arms to the millions passing through each year. In the 20 years that Tribute in Light has taken place, it has acquired a steadfast following that looks to those lights each year, recalling that same message the towers once represented. 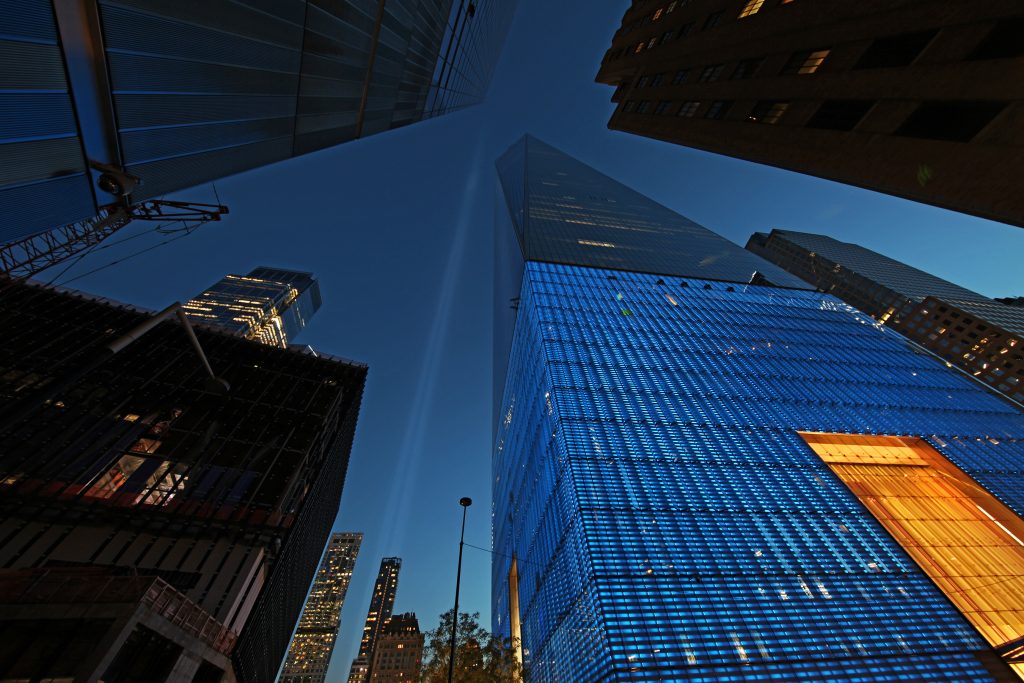 Yet, Bonevardi hopes that the installation looks less at what was, and more at what could be. The Freedom Tower now erected serves as a new vision for the city’s reception of travelers and immigrants alike. Lower Manhattan on its broader spectrum has transformed from a once “beautiful and haunting” evening ghost town, as Bonevardi describes it, to a thriving neighborhood accommodating both residential and commercial tenants collaborating together to build a culture of arts, activism, shopping, and dining. 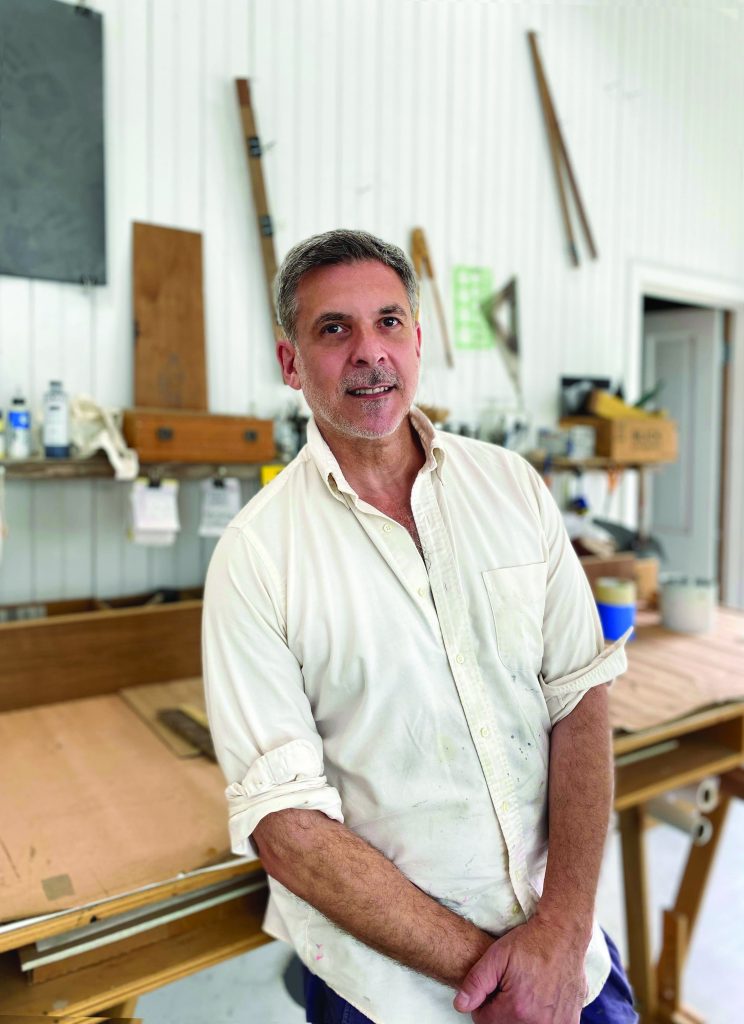 “I think that’s what New York is, it’s always fresh and new and vibrant,” Bonevardi notes, adding that when it comes to downtown’s future, “I expect it to be something unexpected. I expect to be surprised somehow. I mean, the city is constantly reinventing itself.” His most recent proposal, Missing, explores what traces the COVID-19 pandemic left on cities through footsteps echoing the many who passed away these nearly two years. Whether through such unexpected displays of resilience or delicate works of art, Bonevardi and the many other artists across New York show that this city champions perseverance and adaptability above all, underscoring what it takes to be a New Yorker.

Learn more and view a selection of Bonevardi’s works at gustavobonevardi.com.